Grab This Button
We had a relaxing Saturday afternoon that included naps all around and Riley's first game of Candyland.  Well at least his first game at home.  I'm not exactly sure why we have never pulled it out before.  Riley knows all his colors even if he tries to say he doesn't know orange. The idea of trying to have him sit and concentrate on a game just doesn't always sound like a fun thing to do. I'll admit it I take the easy way out.  I save a lot of the messy headache inducing experience for Riley to do at school or with his therapists.

He did really well with the game.  There was squirming and growling that is to be expected with Riley but over all I'd call it a success.  I think we will do this again.  Rex was a HUGE Candy Land fan at Riley's age.  I think Rex had just as much fun as Riley did playing a big boy game with big brother. 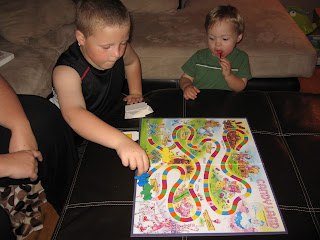 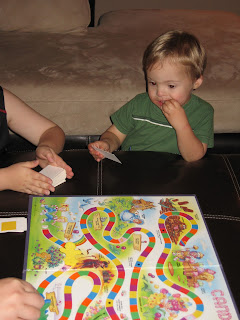 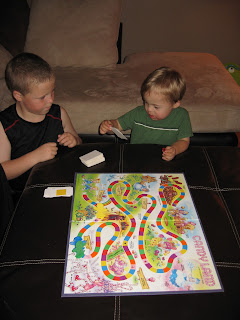