This is Riley's third season playing TOP Soccer.  He has a love hate relationship with it.  He loves to run and kick the ball but it falls in the evening when he is beyond exhausted and really isn't in the mood to listen to any more directions.  Thankfully Coach T always has a stash of bubbles and balloons to make sure the kids are up and moving.  Riley tried to take a nap using his ball as a pillow one evening.  The first two years Riley had the same buddy, Kasey,  and they fell in love.  This year Kasey's schedule prevented her from volunteering so Riley had to break in a new buddy.  ﻿

This is the second year that the EWU Women's soccer program has hosted a TOP Soccer Tourney for the kids.  They put a ton of work into it and the kids have a blast.  The whole team turns out to make sure the kids have a ton of fun.  Riley didn't actually play much soccer but he still had a great time.

Since we were on campus Kasey came to visit.  It was  quite a fun thing to watch when Riley spotted her and surprisingly I had my camera in my hand.  The pictures tell the whole story.  I'm not really sure who was more excited to see each other. 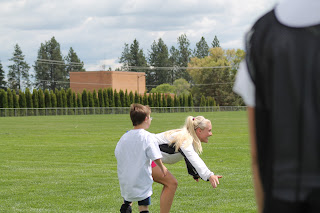 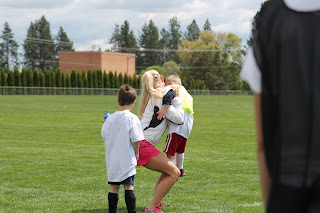 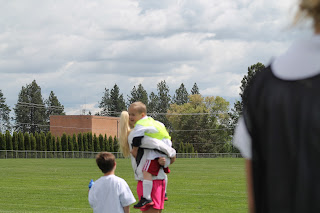 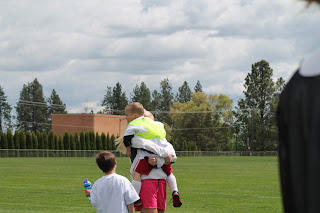 His buddy, Rachel, had a hard time getting Riley to actually play soccer but they did pose for a lot of pictures.  She was a good sport and Riley had big hugs for her when he left today. 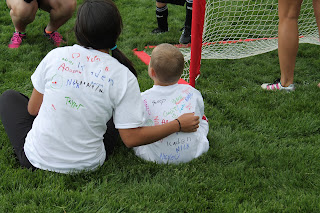 Elliot was also reunited with his Buddy from last spring.  He was in heaven. 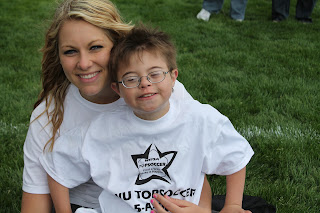 The whole crew took a photo break with Swoop!  Such a great thing Coach T does for all these families. 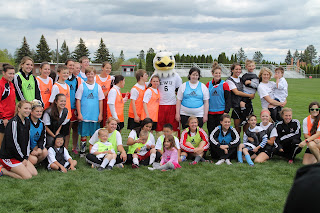 Some quality time with the EWU mascot Swoop the Eagle!  He signed the kids shirts and posed for lots of pictures. 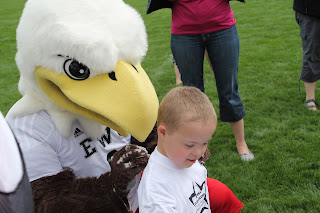 Riley signed autographs for his adoring fans as well. 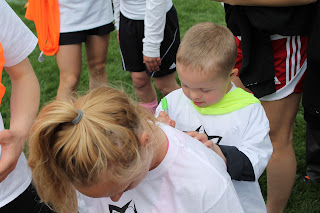 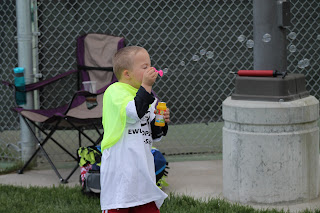 He did actually kick the ball around a little. 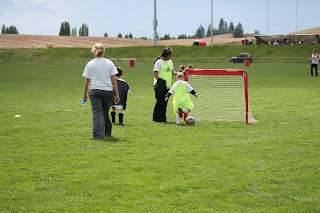 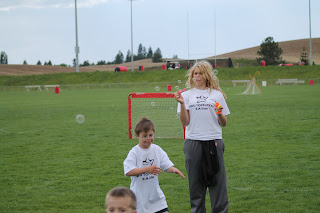 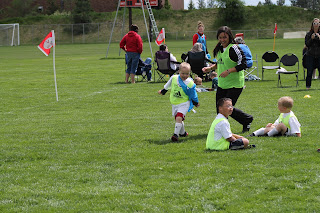 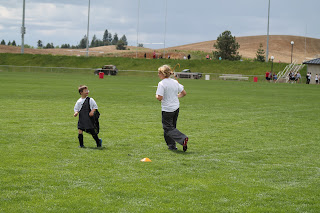 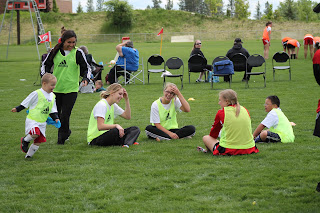 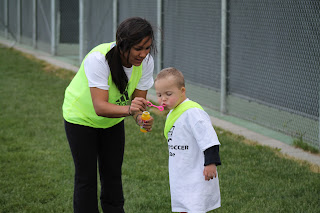