Decisions Decisions........where is my crystal ball???

Big decisions need to be made at our house these days. First we need to decide which of the family pictures to order. Check them out Here and use the password RexRiley to view. I could use some input. I love #5 of Riley. I also really like the shot of the boys at the top of the slide. I’m having hard time figuring out what sizes and so on. I think my inability to choose is because I have too many important choices to be making and my brain is on overload.
Riley has been doing great at school but he has certainly been pushing the teacher. We have a notebook that goes back and forth in Riley’s back pack each day. The teacher keeps us up on what Riley is working on, his behavior and any other questions we have.
Here are some of the highlights:
1/26 Riley was functioning on “cute” today.
1/28 He did get a bit sassy towards the end of the day, but then he realized he would miss recess if he did not get his work done (coat on and such)

2/4 He was on his “A” game for trying to be cute and get out of work with our sub. He tried and it didn’t work.

2/24 Riley was full of himself today. He was trying to get out of work and used every trick in his tool box to escape. It didn’t work. He also learned he will not get to have peers do things for him. He had to re do it for himself. He is very unimpressed with my expectations and persistence.


2/25 He tries “cute” on every grown up! It works on new people (subs) and I have to teach the grown ups to have big boy expectations for him. Riley had a good day. We painted and used scissors work on left to right orientation and activities.

3/16 My friend Riley actually met our timeout chair today. He was pushing all boundaries. He walked on puzzle boxes repeatedly. He threw toys and “tools” He colored on himself rather than his white board and he ran away from us (in the room) when asked to move to a new center. At about 2 he realized I wasn’t going to let him continue and he settled down. He did much better when he realized recess was on the line.

4/5 Riley was great coming back to school. He quickly settled into the routine.


4/12 Riley had a great day! He had PT and we played tball in gross motor group. He should be a tired kiddo. He is becoming more verbal in telling other kiddos what they should be doing  The great cooperative mood continued.

So now that you are getting a good chuckle picturing Hurricane Riley bossing his friends around and testing every adult that enters his preschool, here is the question at hand. Riley is currently attending a preschool class with 15 kids all with disabilities. There is one teacher, two aides and then the therapists that are each there one day a week. We have the opportunity to move him to an inclusive preschool setting. He would be included in an ECAP class. This is an income based program in the public schools to help get low income kids ready to attend kindergarten in some areas it is called Headstart. They allow up to six developmentally delayed kids like Ri to attend and created an integrated class. There are 18 kids with 1 teacher and two aides. There are still therapists but a bit less because fewer kids qualify for services.
I am totally torn on what is the best move. I love his teacher this year. She totally has his number and doesn’t let him slide or play the cute card. She holds him accountable and her expectations of him are high. He has the ability to make choices during free play but overall his time is structured. If he changes classes the ECAP room has to spend time eating breakfast and lunch. They have to eat twice because it is low income. They also have an extended free play time that is less structured. So during a class that runs for 2 ½ hours he has to eat twice and spend 45 minutes in free play. That is a huge portion of his day. I know he would love the big kids and would learn so much from having typical kids as role models but he isn’t lacking social skills. Is it more important to have more structure to help get him ready for kindergarten? Our goal for Riley is for him to be part of a typical kindergarten class. He does have two full years of preschool left before kindergarten so we could stay in the class he is in for one more year and then move to the integrated room the following year.

There are so many options that are causing me great anxiety.  I want to put Riley in the absolute best situation but how in the world will I ever know what that is.  There are so many pros and cons to each.  Please share any words of wisdoms.  I am open to all thoughts and suggestions. 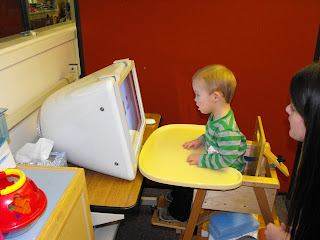 What a good student he is!
Posted by Mary at 9:11 PM 5 thoughts to share

The Official Sponsor of Birthday.....We are having a party!!!

Danita of The Ruff Life is helping me with a a fundraiser for the American Cancer Society. If you haven't checked out Danita's blog you should.  She is super creative.  I'm hoping my cards turn out half as cute as these demo cards below.   We would love for all of you to join us.  If you live in the Spokane, WA area check out the Evite and come join in the fun!  If you don't live in the area but want to play along you can make a donation by clicking on the Relay for Life button on the side of my blog.  Once you have made a donation to my team shoot me an email with your mailing address and I'll mail your cards. 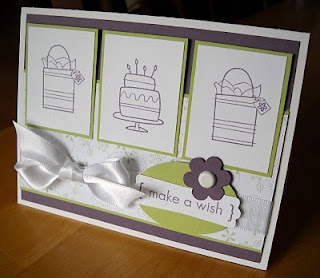 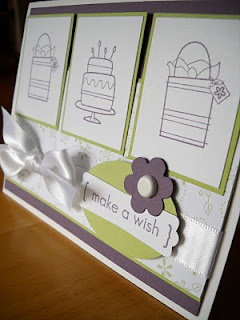 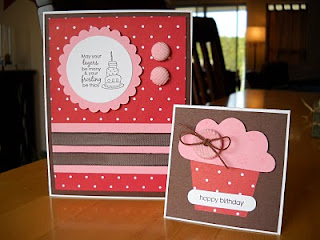 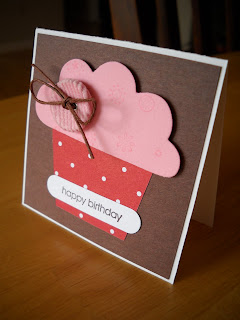 Last year the Relay in Davenport was great.  My mom was the co-chair and she is again this year.  Just in case you forgot how much fun we had here is a reminder.


Photo and video editing at www.OneTrueMedia.com


Lately it has felt a bit like every time I turn around a family member or friend has a new cancer story to tell me.  I am tired of it and it is time to fight back.  This year's Relay  has special meaning to my family as my cousin Doug takes up the fight a second time, as if the first wasn't enough.  My friend Lora's dad is battling pacreatic cancer in North Dakota and the list goes on and on.    Even though I work for the American Cancer Society I still feel like my ability to fight this terrible disease is limited.  One thing I can do is join the ranks of Relayers around the world that are raising money to fund the research that will one day stop the insanity of cancer.  Please join me in taking up this fight.
Posted by Mary at 9:50 PM 1 thoughts to share

I came across the blog below and totally fell in love.  Justin am I being subtle enough???????

If you haven't checked out this great site you should.  So beautifiul!!