Grab This Button
Its hard to believe that two years ago at this time Riley wasn't walking yet.  His first year tricker treating at the Guild School and he was riding in a wagon. His duck costume is one of my all time favorites.  My mom made it for Rex when he was 1 and it is the cutest thing ever!﻿ 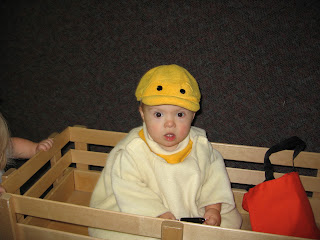 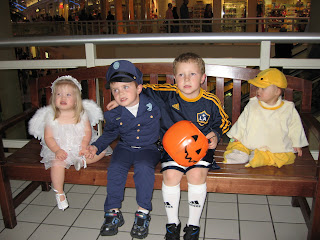 The boys had a great time with Ella and Hunter tricker treating at the mall where it was nice and warm. 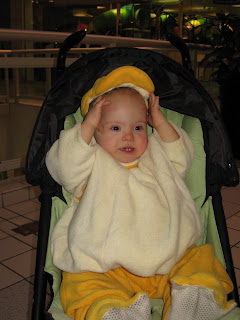 The duck was ALL DONE! 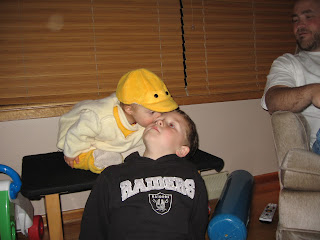 Lil duck had some kisses for bubba. 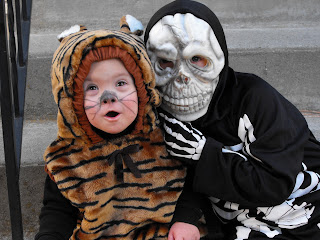 By last year Riley had the tricker treating idea down.  He was on fire last year as we trekked around the mall. 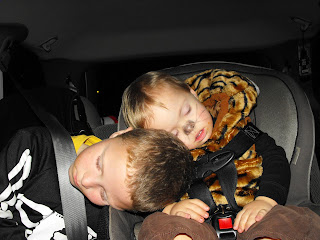 We had so much fun they were both tuckered out!
Rex has his outfit and mask picked out.  Its an icky zombie mask that Riley is currently having a lot of fun running around.  I much prefer the cute cuddly outfits over the dark scary versions.  I'm still working on Riley.  I was hoping for Elmo but I can't find any that I like that I'll fork out the cash for.  OK I admit I haven't looked super hard but still...  I'm pretty sure there is a dino suit around here somewhere that will work.
Posted by Mary at 8:51 PM