Yesterday the boys and I headed out to my mom and dads for a party.  Father Pat was visiting from Ireland so the entire Reardan church was invited to gather and visit.  While Father was in Reardan he became part of our extended family so it was fun to see him.

Riley loves a good party and he knows how to hold court.  He has met most of these people when he has sleep overs at Gramma and Grampa's and goes to church with them.  They have certainly heard plenty of Riley stories.  Gramma isn't shy to brag about all her grandchildren.

At one point I walked out side where a large group has gathered and I hear Riley saying  "YOU KNEEL DOWN"  when I look over there is a man actually leaving his chair to kneel down and Looks to Riley for further direction.  Riley then says  "BAA LIKE A SHEEP"  And sure enough it starts to sound a like a farm with the animal noises.  He was bossing these grown men around and they listened.  Its insanity.

I've never seen adults do such insane things for a child before.  Riley has a strange ability to get people to do what he wants.  Such as the night he had Gramma and Grampa playing in an air band while we ate a Chinese restaurant.  Its the strangest thing I've ever seen and if you know my dad in real life you'd know just how insane it is to see him playing the air drums. 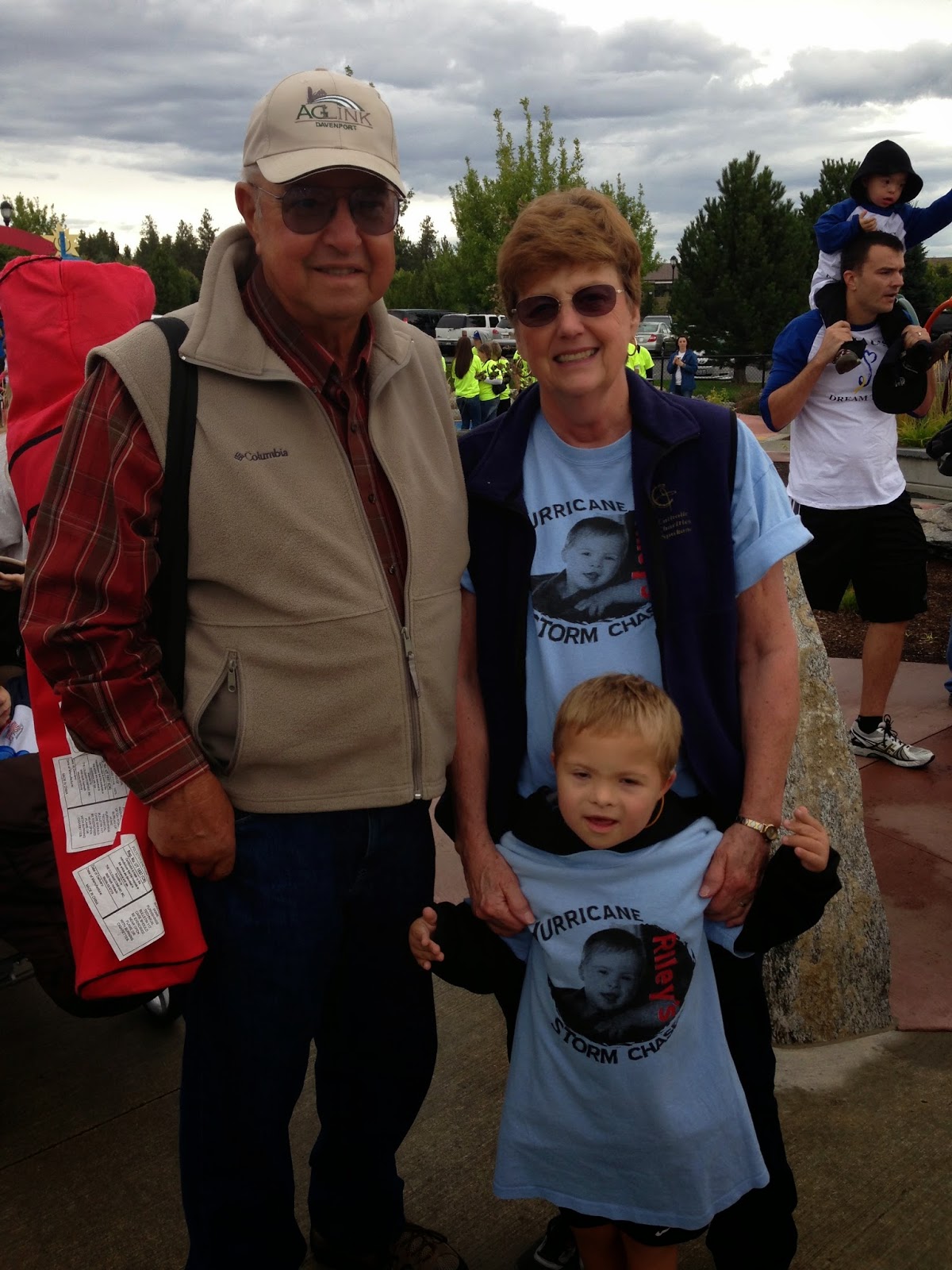