The Linebacker and Cheerleaders

The linebacker and the cheerleader were back at it today.  Rex's team played for the Catholic School league 5/6 grade Championship against their biggest rivals.   It has been a fun season to watch the boys grown and improve.  They have made huge gains this seasons.  Plus I love Rex's class.  They are just a really really nice group of boys and they are fun to watch. 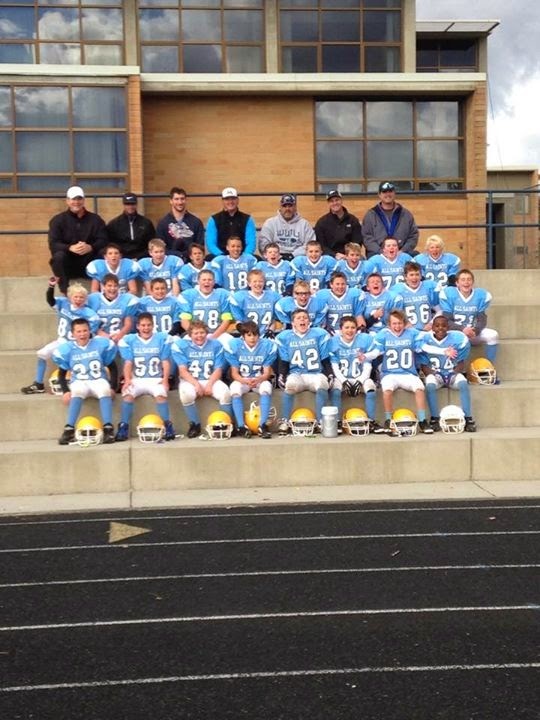 Were all super excited to win. They pulled out a 30-0 win against an undefeated team. Rex even felt it necessary to strike a pose in his champion shirt.  12 year old boys are hysterical! 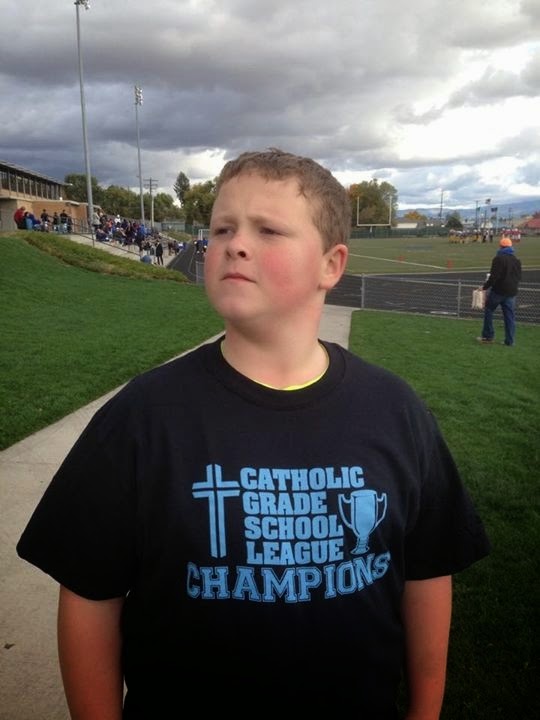 I gave my phone to Riley to take pictures at one point and here is what came up with. 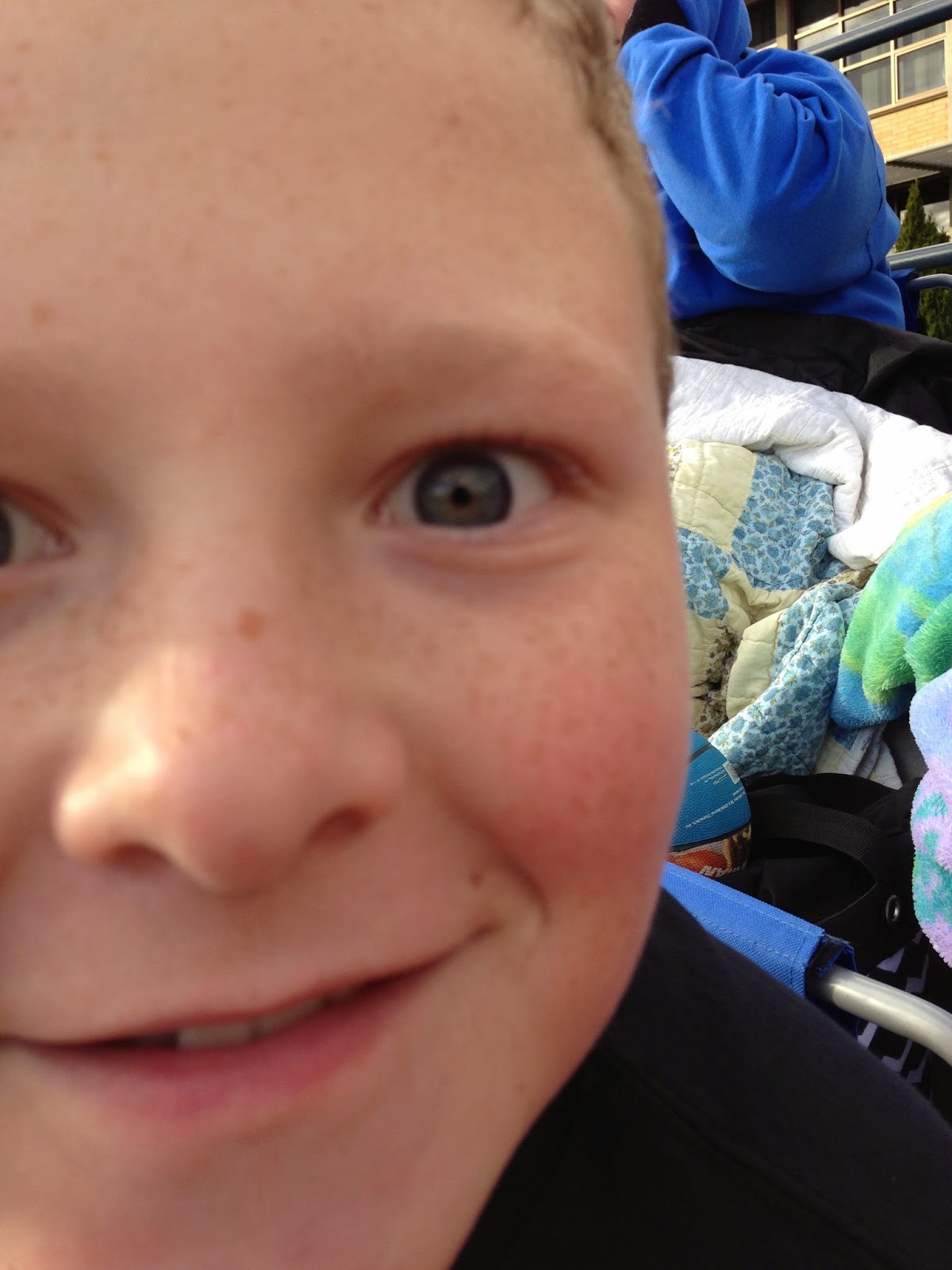 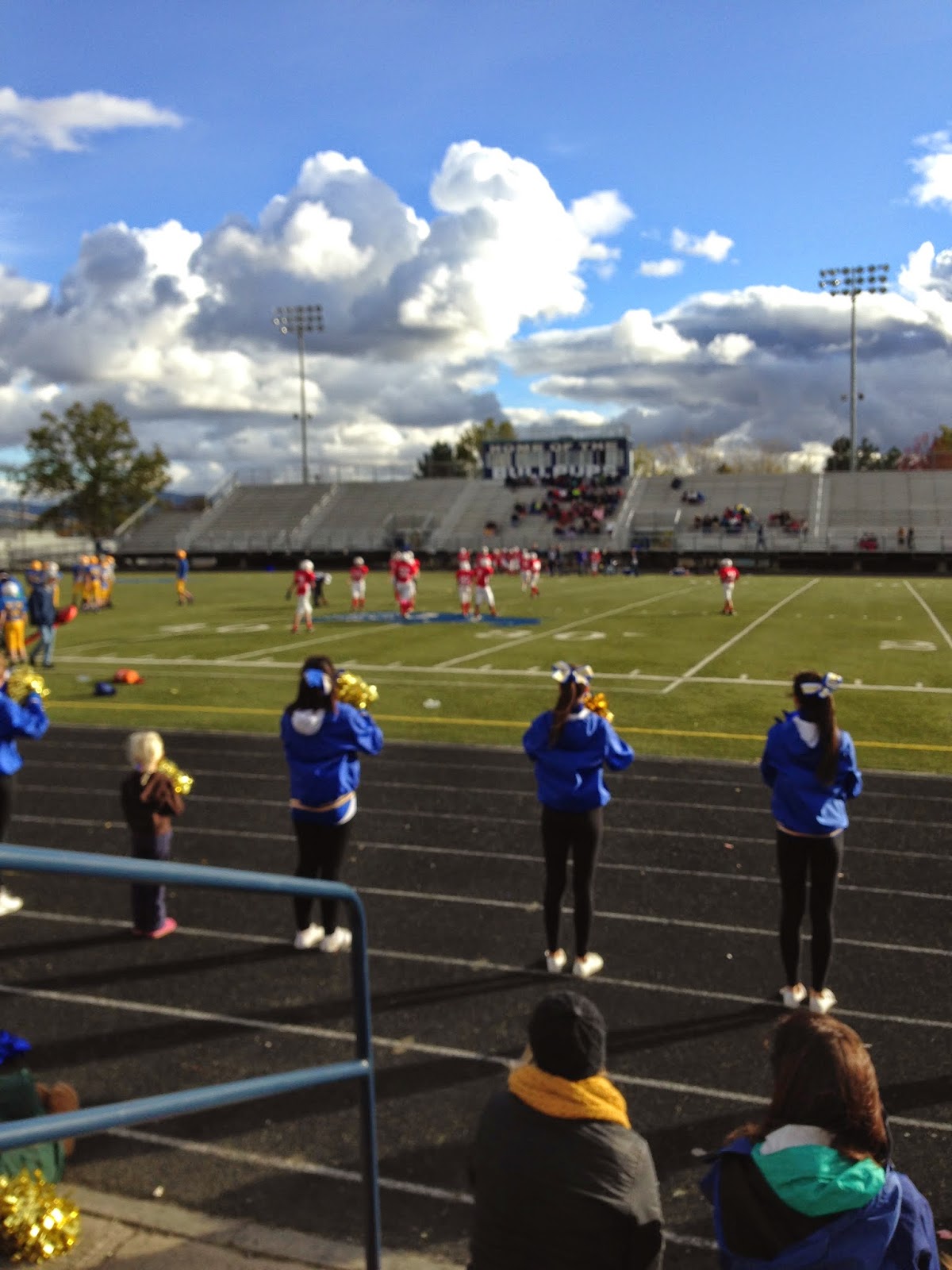 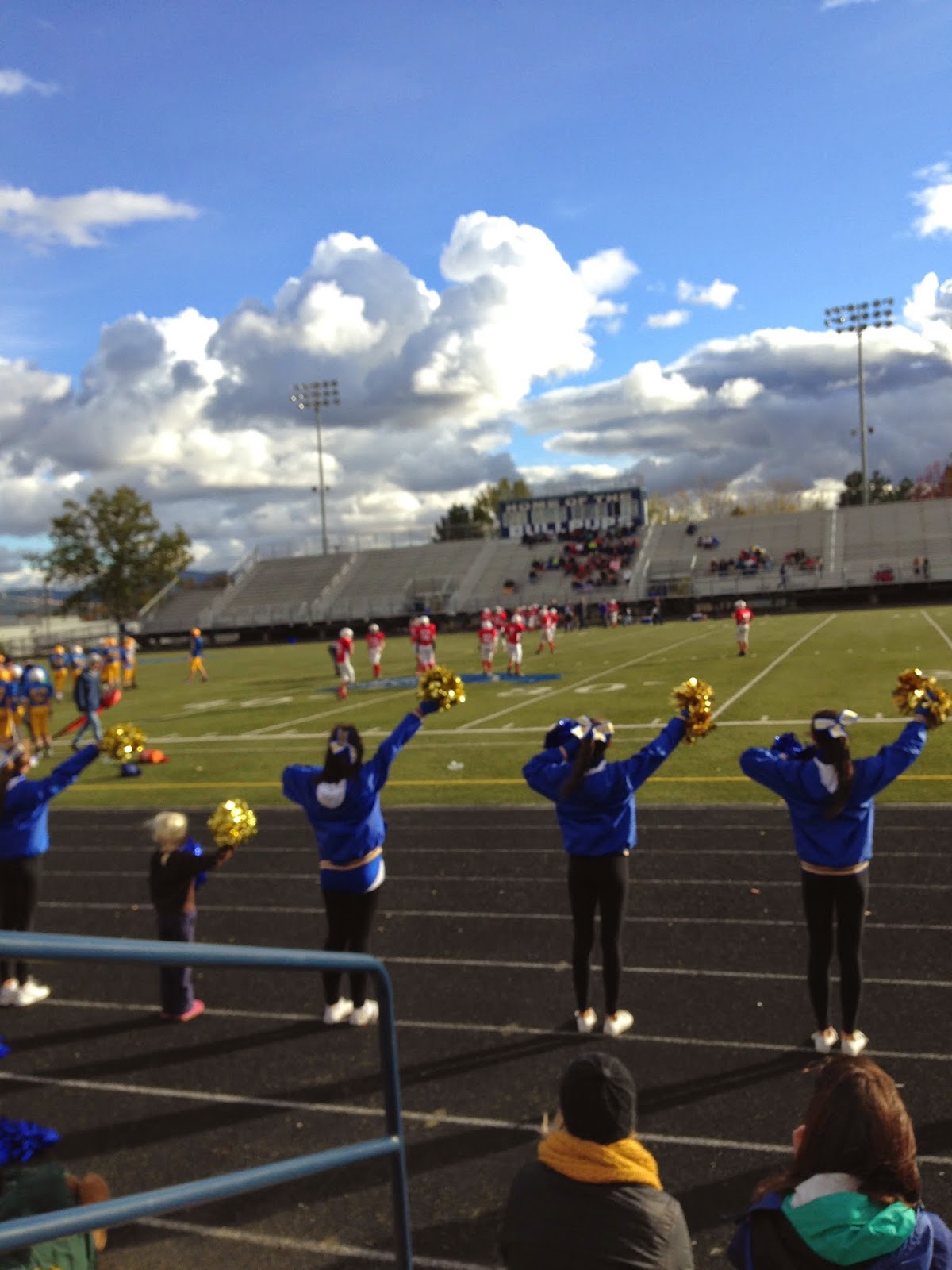 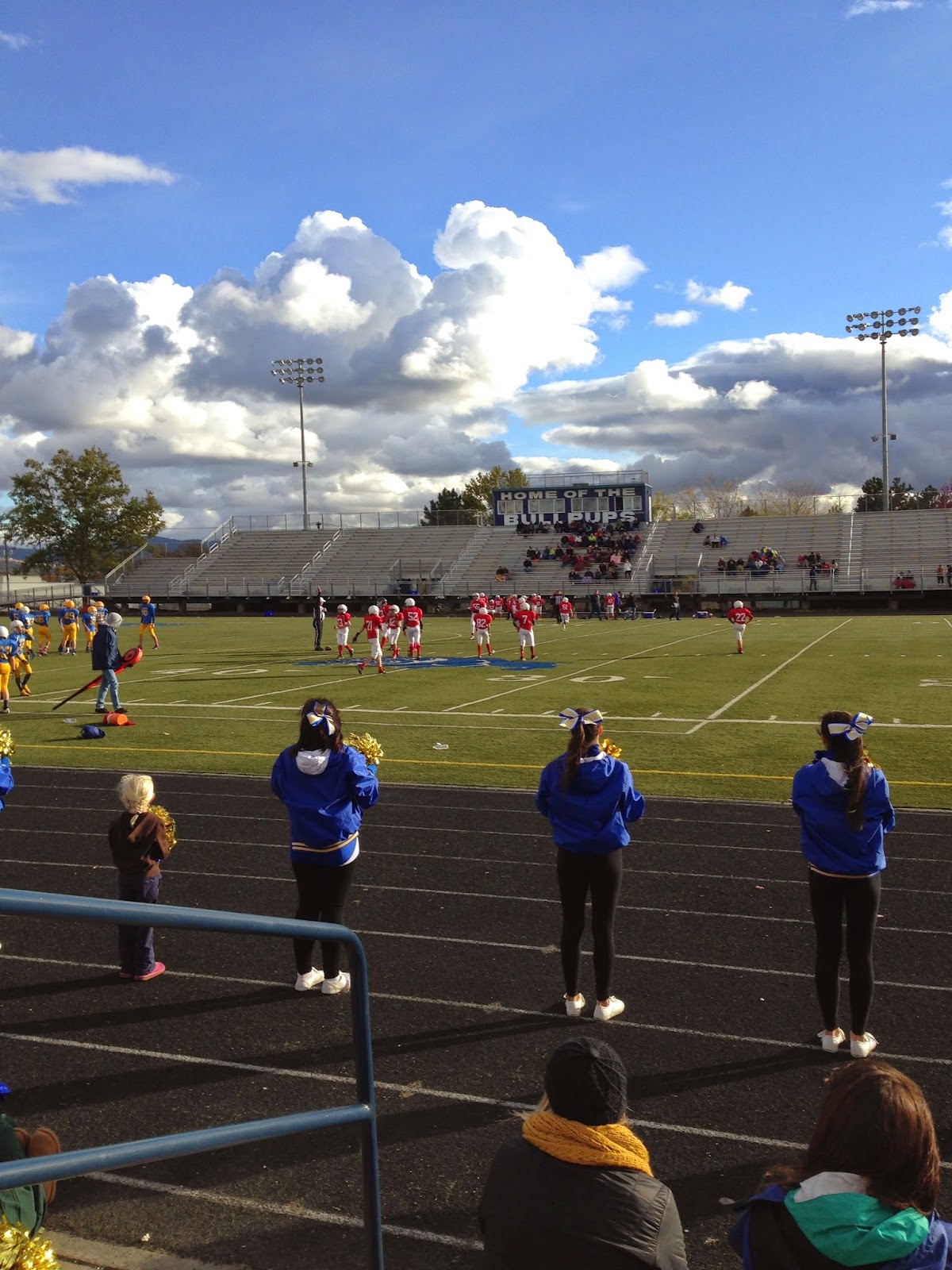 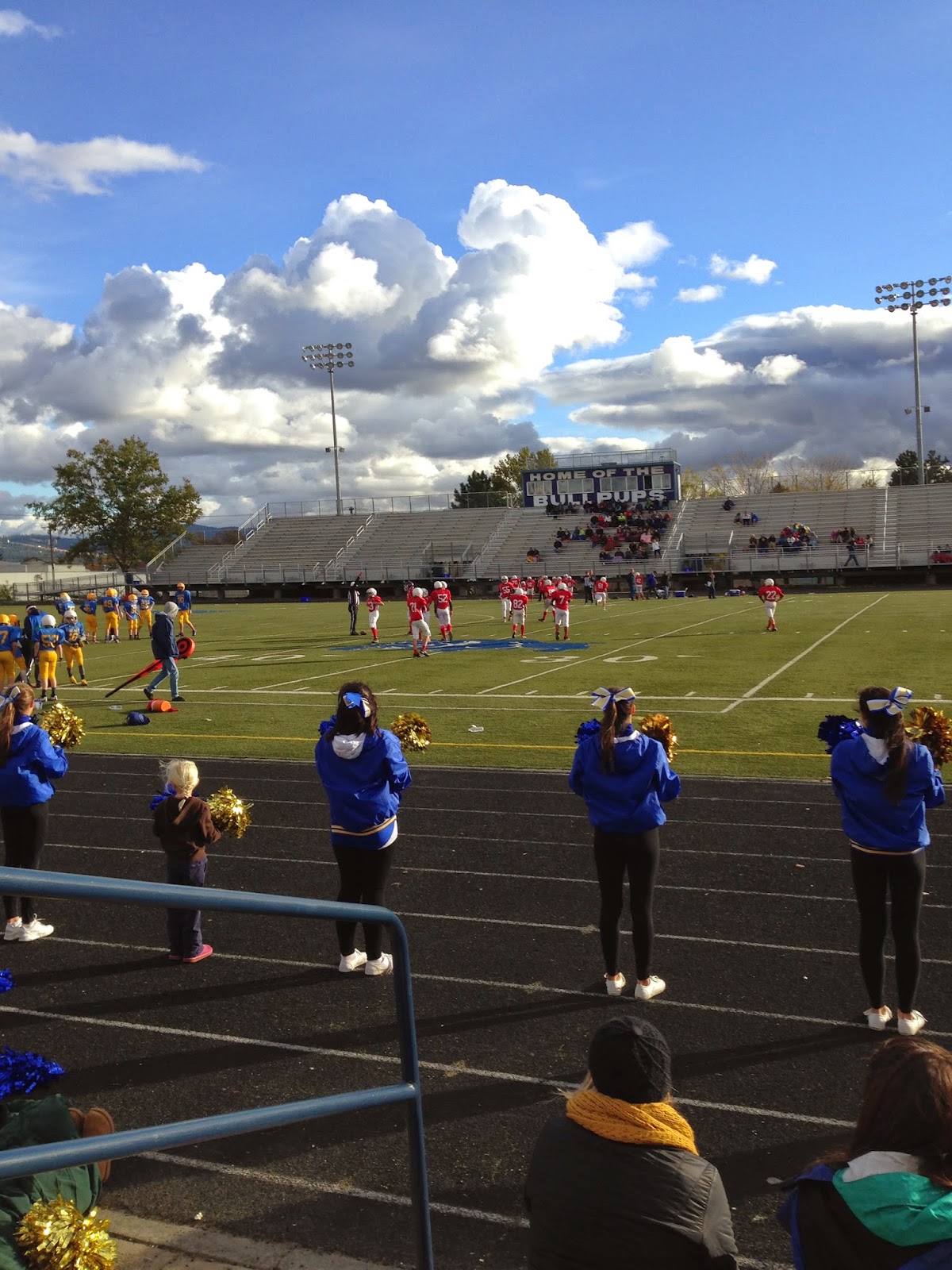 Riley of course had to join in the with the cheerleaders as well.  It was a bigger display of his dance moves than normal.  Rex and I may have pretended we didn't know him for a while. 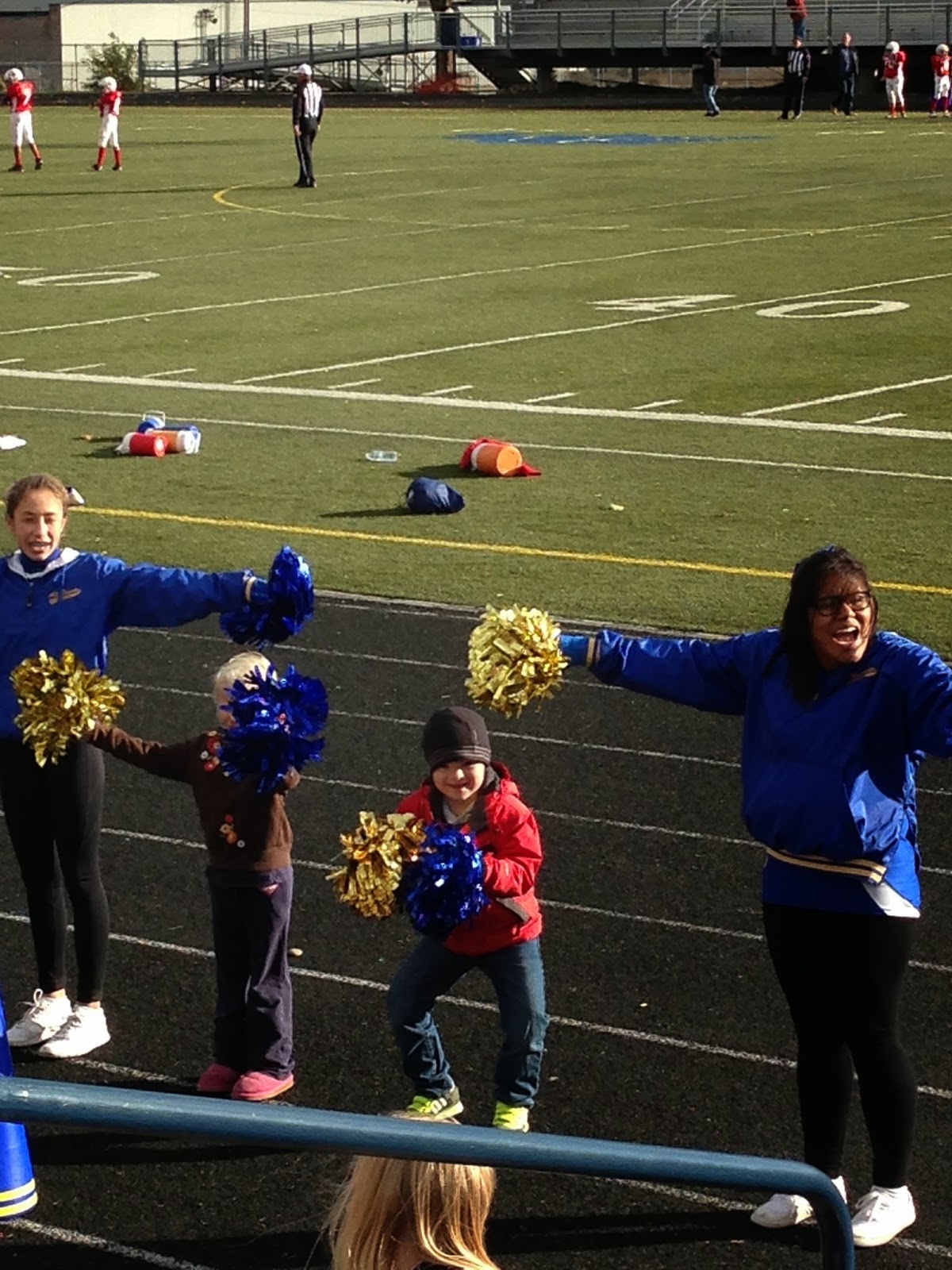 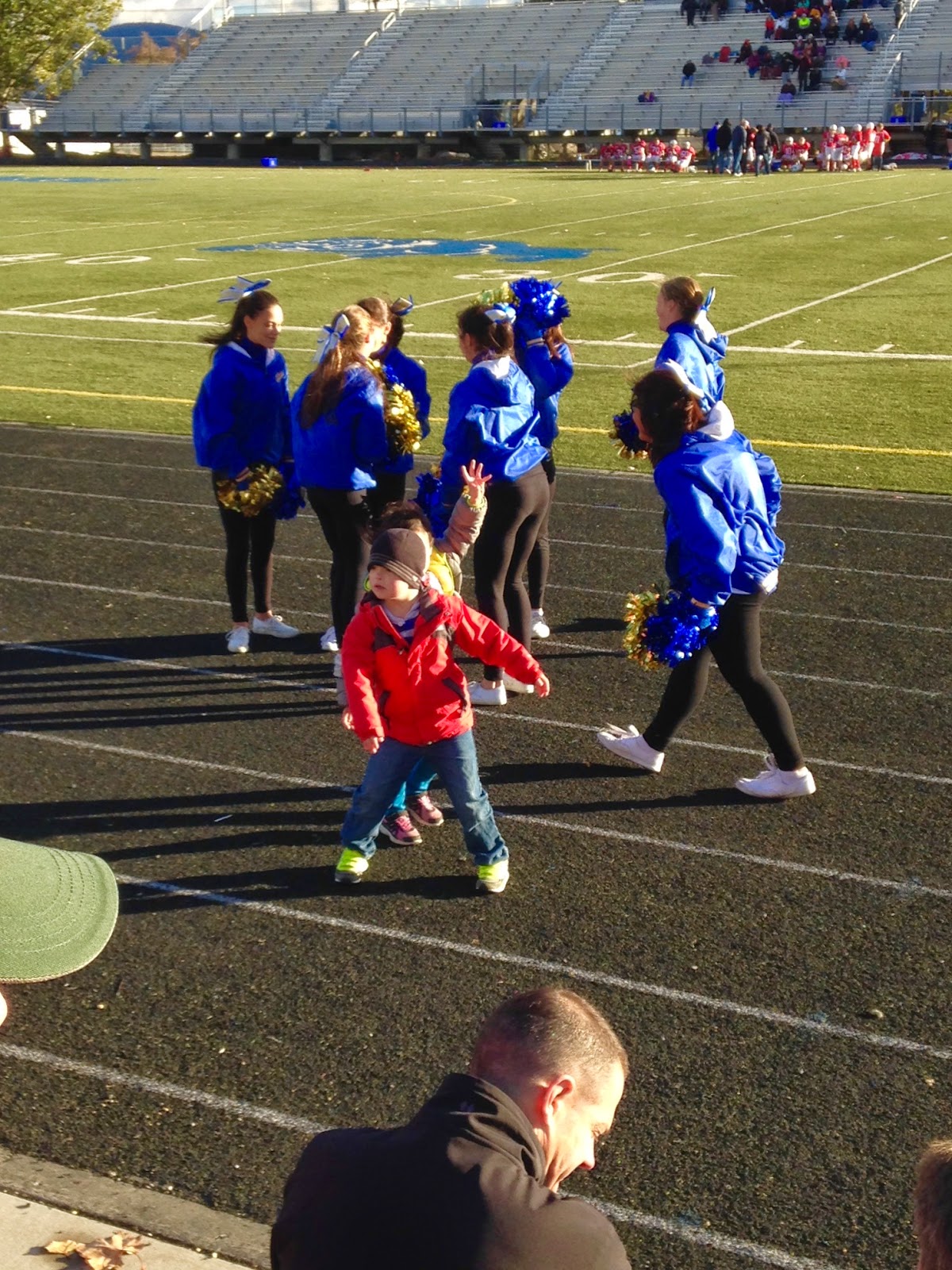 Fun end to a great season.  Now on to wrestling.....practice starts Wednesday.
Posted by Mary at 7:33 PM