Most of you know already that  Riley is a story teller.  I think he has been gifted this gene by his Grampa Bill.  He now affectionately refers to Grampa as Cranky.  Only Riley could get away with this stuff. 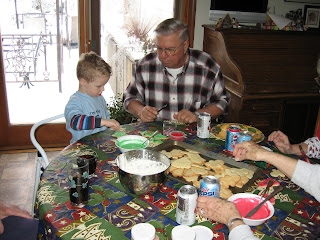 Even Rex gets in on the fun but he is often to shy to share his stories with just anyone.  Riley on the other hand will share them with anyone including the stranger he just introduced me to on the elevator.

Riley's story telling genes have continued to develop and he can spin a tale with the best of them.  Today I gave him my phone as we were driving to pick up Rex from school.  He is pretty into haunted houses and creepy stories right now.  So sit back and enjoy a couple of good stories.