Everyone Needs A Happy Place

Rex has found his happy place.  He has always been a sports kid but I think football has topped the list.  It doesn't matter flag or tackle or just playing with his buddies at the park this boy loves to play football.  Our Saturday mornings have been filled with flag football through his school.  He has been loving his experience with his tackle team but nothing compares playing ball with his best buddies.  Rex is a kid that thrives in situations that are familiar.  He is very confident with his buddies from school and he has an absolute blast playing ball on Saturday mornings.  To sweeten the deal he doesn't have to worry about weight limits and what position he can play like he does in tackle so this last weekend he was able to play quarterback and run the ball.  He was in heaven!  Its fun to watch him and his buddies have a great time and win games.  They have one last weekend and are hoping to win the championship. 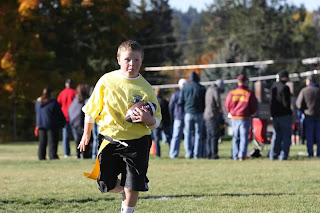 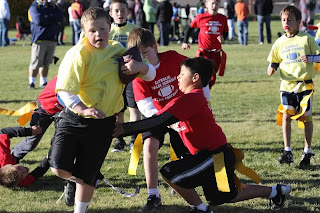 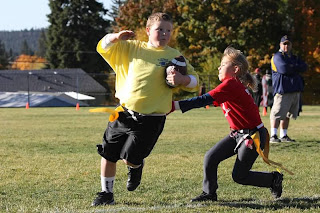 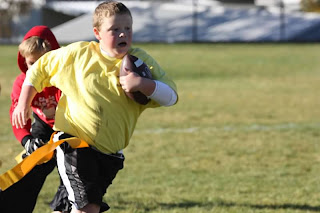 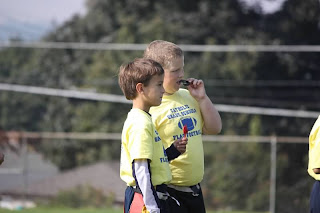 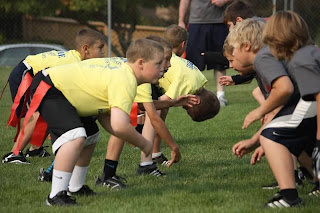 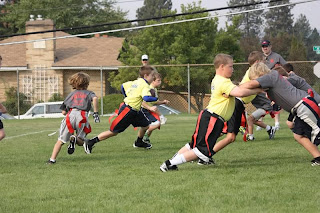 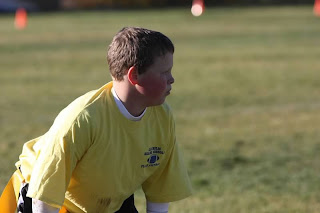 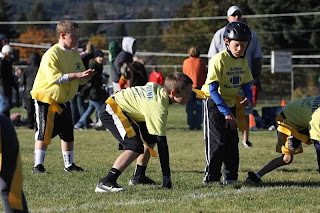 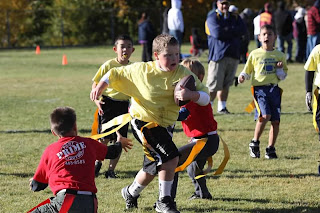