It was awesome mom!

The big Christmas party at the air force base was today. Christina came and picked up the boys for the big surprise. It sounds like everyone had a great time. I was very nervous for Rex to go. Not because I was worried about him actually being there or behaving, but I was paranoid that he wasn't going to act like has having fun and hurt Christina's feelings. She went to a lot of work to make sure this was a fun day and Rex needed to act like a nice kid and not only use his manners but show his excitement too. As you can see by the pictures he was a little nervous with Santa but I would say that the huge cheesey smile says it all. Rex is famous for his Santa pictures. We have a series of them progressing from nervous to beat red and screaming. We haven't gotten them taken the last couple of years and this is the first I have with both boys in it. Riley first Christmas I was still in ultra germafobia mode since we had just left the NICU and last year Rex wouldn't have anything to do with it. We have Riley's Santa picture because they take them at the Guild School but there was no way Rex was going to get that close to Santa.

I was so relieved when we arrived at home to find Christina and the kids and Rex babbling on about how much fun he had. Ah sigh of relief from mom! 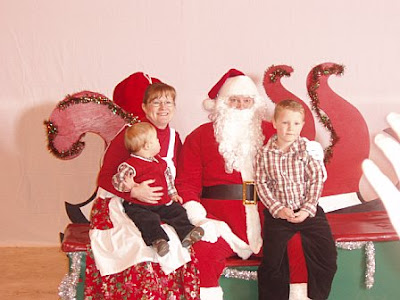 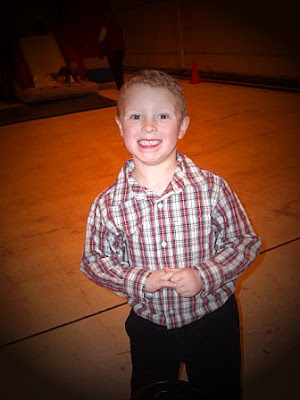 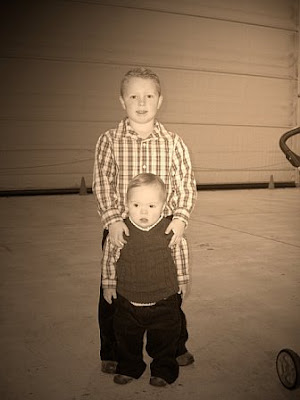