Its Official I'm playing along with Elasta Mom today.  If you haven't checked out her blog you are missing out.  Her blog is honest and real and guaranteed to make you cry and laugh on a daily basis.
Its Official Hurricane Riley is not retiring from the blog world.  I just needed to revisit why I started the blog in the first place and that remind myself that its really for me and it really doesn't matter if anyone else reads it or not. 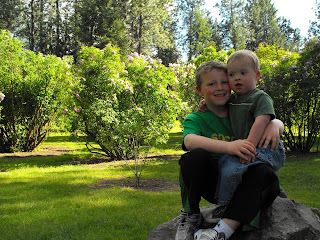 Its Official that school is out for the summer next week for both boys.  Thankfully both school districts are out at the same time.  Lets keep our fingers crossed that they keep similar holiday schedules next year.
Its Official that I'm taking a leadership class at work...  The book we are reading is call Fierce Conversations I will keep you posted on how Fierce I've become.

Its Official that Memorial Weekend was great.  We were able to visit college friends with no kiddos.  Rex had so much fun with his friend at the lake that he didn't really want to come home.  My friends official thought I was crazy for letting him spend 3 nights away with a buddy but I officially don't care.  If you saw how excited he was and listened to how much fun they had you'd let him go too.  Riley had a great time with Gramma and Grampa and they weren't to exhausted by the time we picked up the Hurricane.

Its Official that you need to leave a comment and let me know you stopped by! 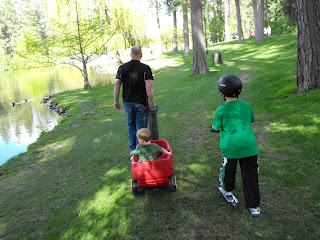