This last week Rex and Riley got a very cool lesson in their family tree.  They were able to spend almost 5 days with all the Gramma's on Justin's side of the family. The boy's  Gramma,  Great Gramma and Great Great Aunt Virgina arrived on scene Tues afternoon in time to make the first baseball game of the summer.  Riley thought it was great that he also rode in to the game in style.  Nothing like making an entrance on Great Gramma's walker.  I love that Rex will always have memories of this trip.  Great Gramma and Aunt Ginny won't just be someone in a photo album.  They will be real Gramma's that he loves and know.  The last time Rex saw Gramma Elsie he was about Riley age and he has some memory of it but not like he will of this visit. 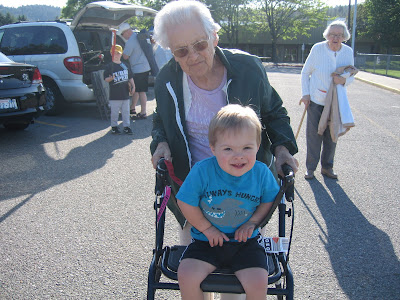 It was a great game and Rex had a nice little hit over second base. 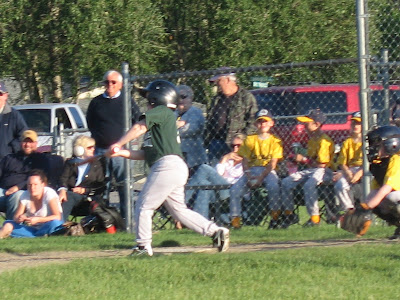 Then after the sunshine of the first afternoon the rain came and we spend a lot of time inside.  The boys played games, read books and were loved on by the Gramma's. 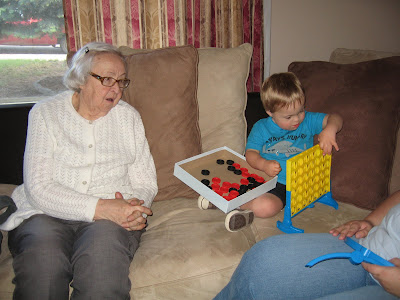 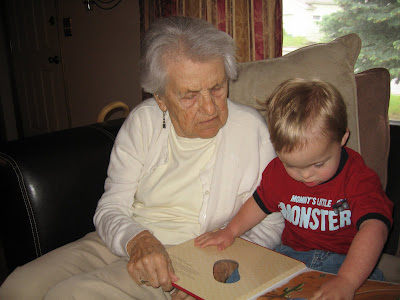 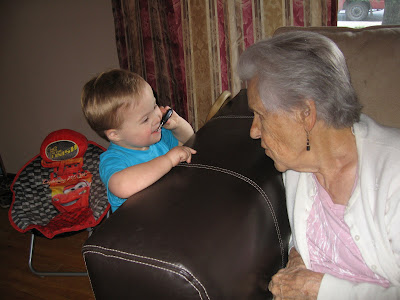 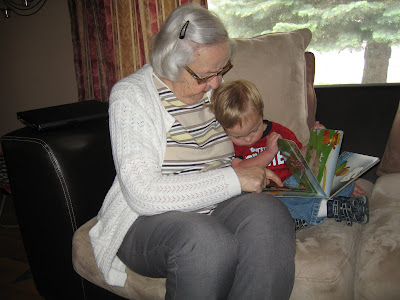 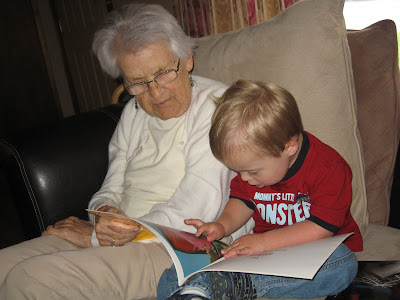 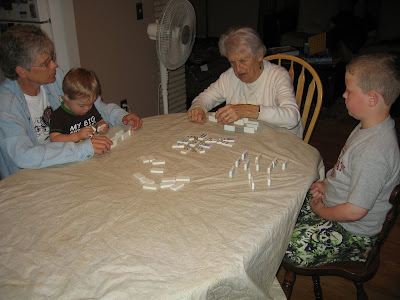 This was game of Chicken Foot that last the Gramma's swear that Rex won...the Gramma's whined a lot about how bad they lost. 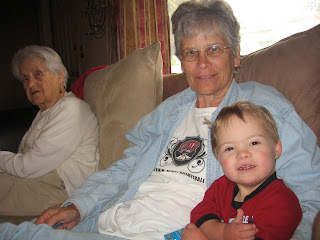 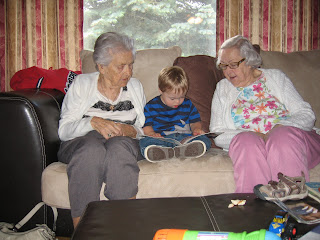 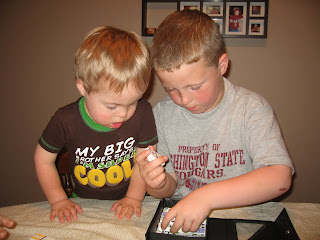 Then Friday the sun came back out and Justin was able to take everyone to Manito park.  The toured Duncan Gardens, The Japanese Garden and the kids ran. 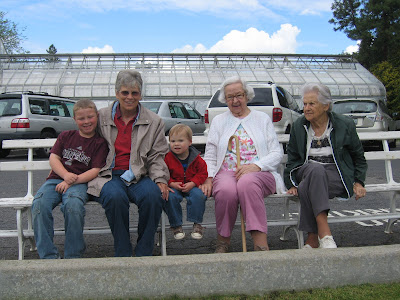 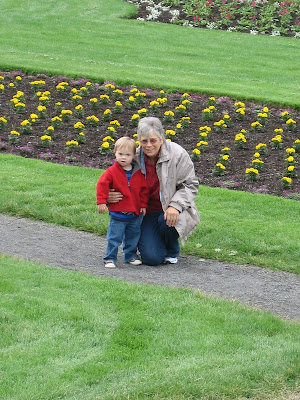 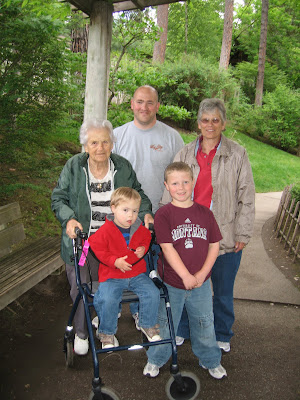 What a great visit we had.  Now the Gramma's are onto Seattle to visit the rest of the Great Grandchildren.
Posted by Mary at 10:04 PM