31 Days of Down syndrome awareness - Day 2

Riley has always spent a LOT of time at brothers sporting events.  Doesn't matter the season Rex has a team and Riley loves to go.  His favorite teams are those with lots of other little siblings to play with.  Riley does like to clarify that its an outside team and not in the gym.  He's not a fan of the loud buzzers in the gym.

Sundays in the fall are filled with Rex's school football team.  Riley is in heaven.  He knows everyone and there are always friends big and little to play with.  Today Riley played with his friends and made the rounds chatting every one up and then settled in to sit by us.  I love that it has gotten so much easier to take him to games and I feel less like my neck is on a swivel trying to keep track of his antics.  The one time I've truly panicked and lost him for real was at Rex's football at Prep.  It always gives me a little anxiety when we are there.  But today when big brother was busy doing his thing....

Thanks Stephanie for the great pics of last weeks game. 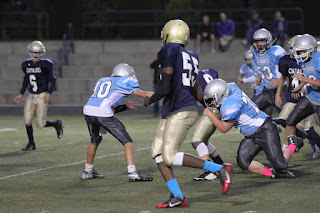 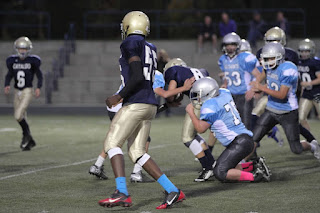 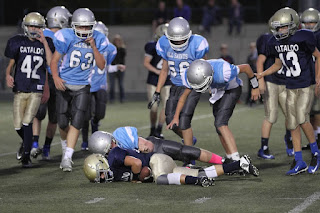 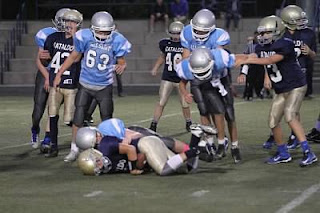 ...Riley was busy doing his.  He left me this little treasure of how he kept occupied during the game. 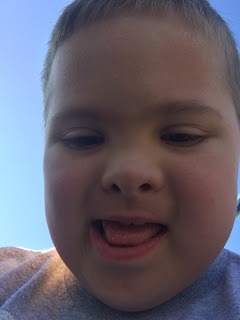