Riley had Hip Hop after school today. I'll share that tomorrow.  After dance we ran to pick up Rex for wrestling practice. Riley super excited because he was able to go to practice too. He was totally engaged for the entire first hour.  Which is way more than he lasted in dance class.

Wrestling is an opportunity through school that is sponsored by Gonzaga prep. Coach is an awesome dad who has wrestled forever. He has been great with Rex the last few years and encouraging him to really come out of his shell.  I've never been a wrestling fan. Something about the uniforms and sweaty boys squirming around on a mat yuck. I am learning to appreciate the lessons. It is so totally different from the team sports We have been involved in. It has really pushed Rex to grow and be brave. It's hard to get out there all by yourself.
Coach made a point of inviting Riley to practice and making us know Riley was welcome.  Wrestling is the only school sport that the kids can participate in before third grade.  Excitement us an understatement. We had talked about it before we got to the gym but he didn't really understand I guess.  He was ready to go play with the little sisters when we got there but when  I stopped him and told him he could go out on the mats with brother it was complete joy!  He lasted way longer than I ever imagined. His buddy Ella was a great partner in crime for him to practice his moves on. 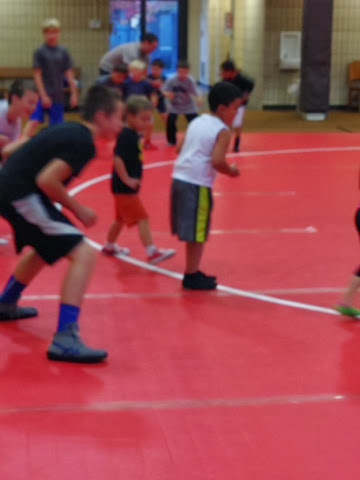 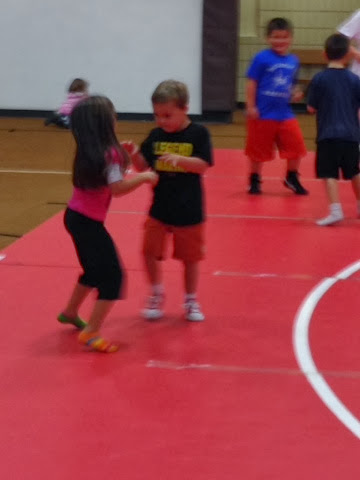 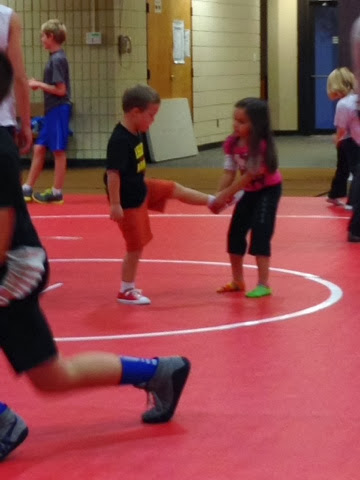 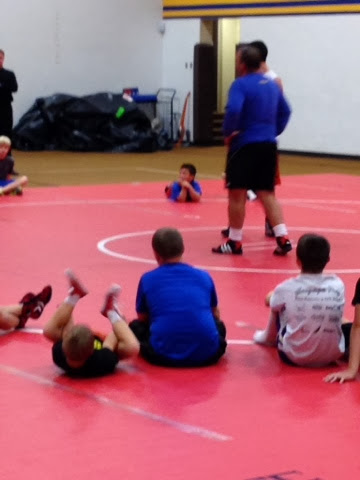 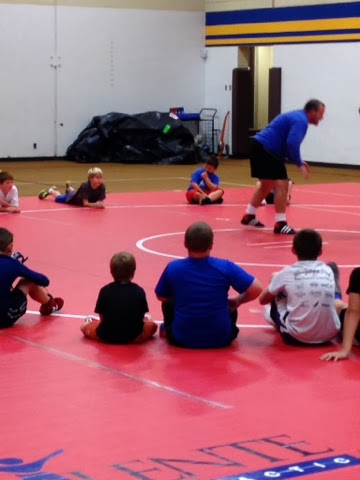 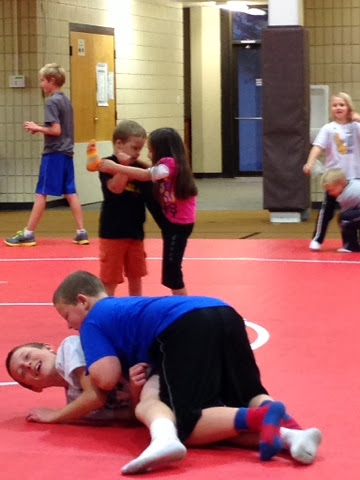