Riley has been on a roll this weekend with his one liners.  He was all ready for church to be over this morning so he could get to the donuts and as not impressed when Father started in on a final prayer.  Riley gives this huge sigh and says GEEZ AGAIN!
Sundays this fall have been consumed with Rex's football. This Sunday the kids played the Championship game against their biggest rivals, Cataldo. 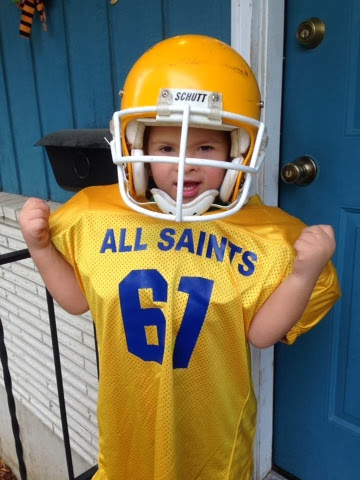 Riley was pretty sure it was time he join the team.
The boys played a hard game but it didn't go the way they wanted.  2nd place is nothing to complain about but it's always hard to lose. 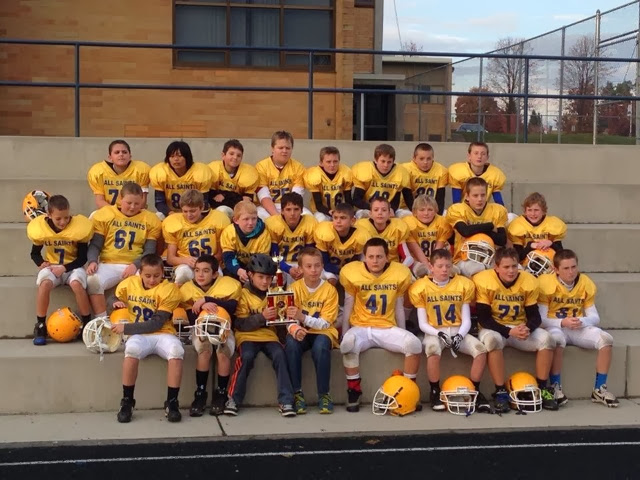 The boys had a great season and learned tons. They have a great group of dads that volunteer to coach. They have taught the boys the fundamentals of football, how to play safely and most importantly they are great role models of sportsmanship.
No time to be bummed that football season is over since wrestling starts Tuesday.
The pediatrician recommended that Riley not wrestle so even though the little guys can he wont be.  Coach invited him to come work out though so we will see how excited he is Tuesday when he gets to do warm ups with Rex.
Posted by Mary at 5:54 PM