Wow my Dad turned 71 today.  I guess I shouldn't plaster his age all over my blog but hey its out there and I think its great.  Its hard to believe he's actually in his 70's but I guess its what his birthcertificate says.  I like to give  him a lil bit of grief that he was a late bloomer since he was 37 when I was born.  Though I'm the youngest not the oldest so I guess its not such a slow start.

I thought in honor of dad's birthday I'd share some pictures of us over the years.  This task is easier said than done.  Apparently dad doesn't say cheese much for pictures........ah  that will change in the near future.  Get ready dad.

Happy Birthday Dad.  I can't imagine life with out you.  You've waited patiently for me during all the best times in my life.  Waiting out in front of the school to pick me up from all my sports practises. Driving me all over the country the summer I rode the float for Miss Reardan. We certainly can't forget all the trips to the Dr after my knew surgery or the hours we spent trying to rehab my knee.  How many trips to Billings while I was in college??  My boys are super lucky to call you Grampa even if you do make them cry.

So for my dear blog readers that don't know my dad so well he isn't what you'd call a baby guy.  Riley was crazy scared of dad for a long time.  If dad would come into a room Riley would make a sad silent cry and fold himself in half to "hide".  (This would be odd if he hadn't done this for all men)  Well, one day when Riley was staying at Gramma and Grampa's when he was still small enough to take a bath in the kitchen sink my dad walked into the kitchen while Riley was taking one of these great sink baths.  Riley simply folded in half to hide......then came up supptering since he had put his head under the water.  Classic Grampa and Riley moment. 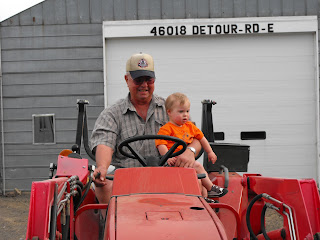 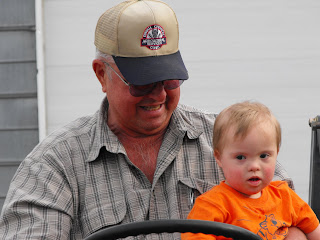 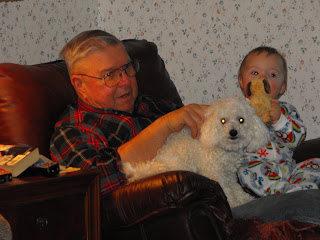 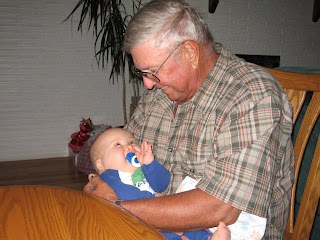 Summer 07  Riley is about 7 months old 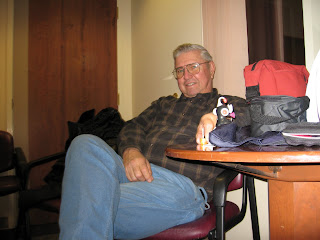 Dad waiting patiently in the waiting room for lil guy below 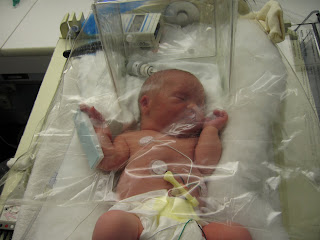 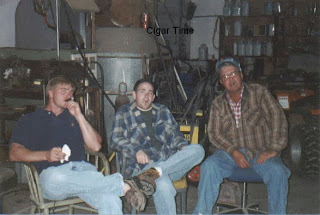 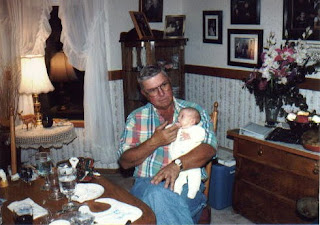