Riley turned 2 today. It is unbelievable to me that two years have pasted since his arrival into our family. As I look around my living room it is obvious that a toddler has taken over our world. What a wonderful thing to have your world taken over by Riley. Some how it doesn't seem so bad to have your house decorated by a two year old when you see how much fun he has with his new Garage, or trying to get on and off his car. Riley has such an magnetic personality. If he doesn't melt your heart with his smile he will seal the deal with his laugh or the wave and HI he shares with every single person we pass when we leave the house. Happy Birthy Riley.

We had Riley's birthday party on Friday while his Grandparents were visiting from Las Vegas and his Great Aunt Sue was able to come over from Dayton, WA and share in the festivities. Riley didn't quite know what to do with two sets of grandparents in the same room but he got the hang of it. Wow an entire room of gramma's and granpa's to pay attention to me. Wow what a performance he put on. While opening presents Riley was very excited to find the garage that Rex gave him. He loves the ramp that the cars go down. It obviously reminds him of the slide he gets to go down at school because that is exactly what he thought he would use it for. He sat down on the garage and was trying to wiggle his bottom on it. Then he spotted the box and tried to slide down the slide (ramp for the cars) on the picture. He had as much fun with the picture on the box as he did with the actual gift.

I tried to be creative and make Riley a fish cake. Well it didn't go exactly as planned but Rex and I did manage to make a yummy sheet cake from Safeway look somewhat like our fish tank. Well, good enough for Riley. He really isn't very picky. 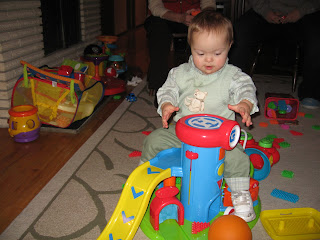 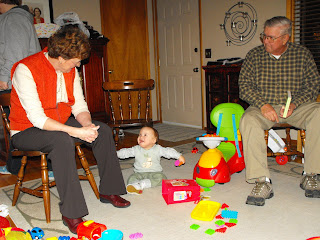 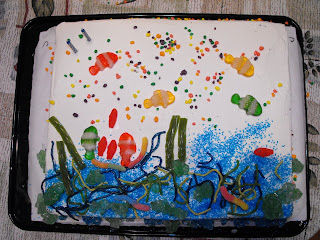 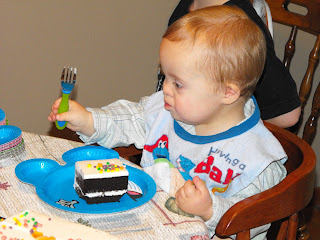 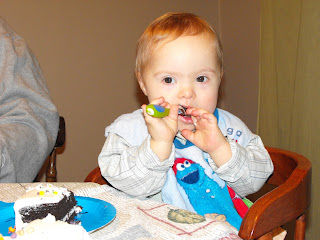 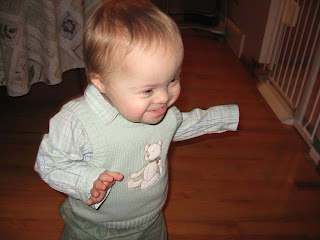