Today Riley's class celebrated Valentines Day, Mardi Gras and the 100th day of school.  We can chalk some of that insanity up to the crazy Catholics.  We can't party during lent and since that begins tomorrow we have to cram it all in today.  Thankfully my mom was able to spend the majority of the day with Riley and keep him out of too much trouble.  He had a few melt down moments but overall had a fun day.

Getting everything ready for the day took some work with Riley.  We counted out 100 goldfish crackers for him to take to class.  10 rows of 10 so we could practice a lot of counting.  Counting by 10 is hard work.

We've been trying to work on Valentines for a few days because I knew that Riley's wasn't going to sit down and willingly write his name 19 times.  Seriously should have started a week ago but we at least spread it over the weekend.  He did it!  All by himself because I may be more stubborn than he is. 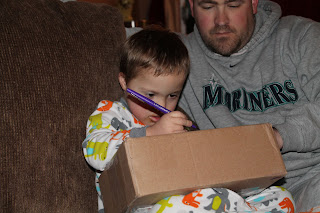 Getting to use the box like a table made it fun enough to sign a few.  Just a few though.    Rex decided he didn't want treats with his Valentines so it was just Riley and I making marshmallows this year.  Riley loves to help me in the kitchen. 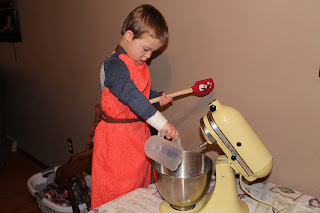 He loves to stir and  mix 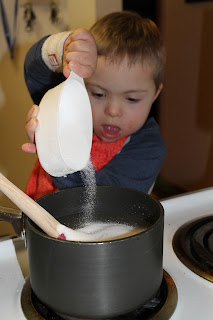 After the ingredients are mixed marshmallow making is pretty boring.  Waiting for it to boil to a softball stage gives us a bit of time to work on other projects... 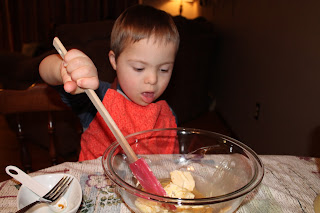 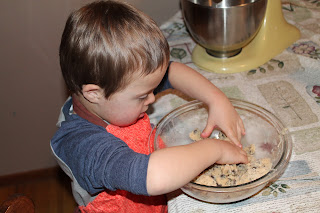 Riley loved mixing it with his hands. 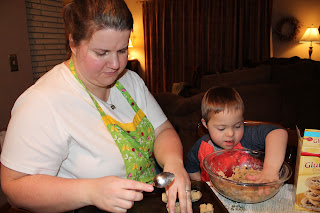 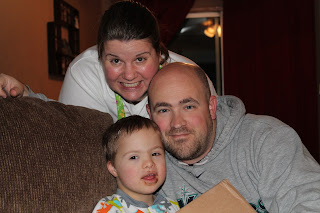 We of course had to taste the cookies... did you guess they were chocolate chip. 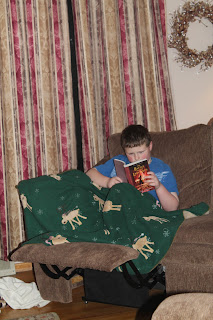 This is what big brother looked like the entire time we were working.  He has been plowing through the Percy Jackson series since Christmas was excited to be finishing book 4. 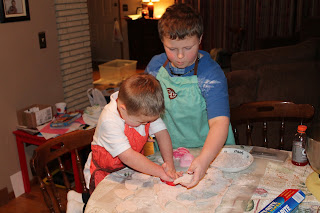 Thankfully I was able to talk Rex into helping on day two of marshmallow fun.  After you make the marshmallow fluff it has to set up overnight.  Its pretty boring in the shape of a cookie sheet so we like to take a cookie cutter to it and make fun shapes.   We added coca to the fluff for yummy chocolate marshmallows. Riley loved making hearts and was so proud he could do it all by himself.   He worked so hard to press that cookie cutter down SOOO hard so he could pull out the heart. 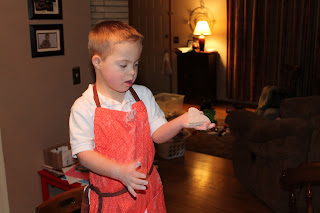 See mom I did it all by myself. 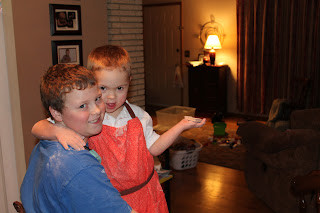 They had to stop and pose for a minute.

Apparently I stopped taking pictures at this point in the project but we did finally get enough hearts to send to school.  We put them in a little baggie and tied them to the Valentine cards that Riley signed.  I love that Riley is able to do most of the work this year.